So, I was twenty when I was kicked out of my parents home.  I hadn’t the slightest idea of the proper etiquette/demeanor needed to survive in the world.  When I say the world, I mean outside the parent’s home, in a non-religious environment…dealing with people who were not raised to put God as the center of there lives, beyond Sundays on Easter and Christmas. I wasn’t prepared for men telling me how beautiful I was or to what extent they would go to see me naked.  I simply wasn’t prepared.

Parents, when you have a young girl, if she messes up, don’t put her out. Particularly, one that is raised in a sheltered religious household.  She needs you and your guidance, even if she doesn’t know it.  (I recently heard THMLF talk about this…) From my own personal experience, I can attest that this is not the way to go.  A child may call your bluff and begin to try to fend for themselves.

I was a virgin up until October 21, 1993, when my father kicked me out.  In my 20 year old mind, I felt that if I am already being treated like I’m having sex….I may as well have it.  My decision was not based on love. Though later I would lie to myself saying that it was. No, my decision was based purely on immaturity and vengeance. There were no violins, roses, or candles.  I lost my virginity on a twin size bed in a basement…romanced by rafters in the ceiling.

Yeah…it was by Allah’s grace and Aunt Jane’s heart that I didn’t end up homeless…that I didn’t get pregnant…or worse, AIDS….oh, yeah…it could’ve been a lot worse.  But, thank Allah, He has always helped me land on my feet and I was able to eventually get my own apartment, car, secure employment and eventually find my way to the mosque. Everyone does not fair as well. 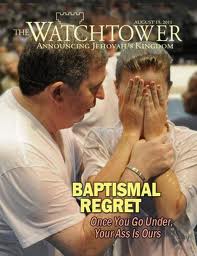 Years later, my father admitted that he thought I would humble myself and beg to stay at home…instead I called my cousin who lived on my ex-boyfriends block and moved out for the second and last time in my adult life, but this time I lived with my Aunt Jane’s family…actually, I moved my clothes in with Aunt Jane and my person in my ex-boyfriend Mama’s basement. (Sorry Mrs. Williams if you’re reading this…)

Now, I don’t want to act like I didn’t do anything to get kicked out for…yeah, I did. I stayed out for the first and last time for three nights straight.  I called home every day so they wouldn’t think I was dead (I called when I knew they weren’t home, thinking I was super slick), but truth be told,  I was out kicking it!  I had a three day party! LOL…A party that, in hindsight, changed my life’s trajectory. I don’t think, to this very day, that I would change a thing…though I went through an amazing amount of pain because of that decision. (I ended up being disfellowshipped from a Jehovah’s Witnesses, my parents would not speak to me for quite some time…but that’s another blog)

I think sometimes as parents we forget exactly how we got to where we are in this life.  We forget the nameless partners, who were someones daughter.  We forget buying weed from people we didn’t know, smoking God knows what.  We forget being stopped by the police who confiscated the weed and Thank God not you. We forget cutting school to see Pretty Woman and getting U’s in Science.  We forget what it was like to have that crush on Ramsey Moore that wasn’t reciprocated and how it felt like the end of the world.  We forget that once we taste independence, our world is so much larger than our living room.  To judge our children by our forgotten indiscretions is a mistake…I pray I remember this as my children get older.

What’s funny is that I would not change a thing I went through. Because if I did,  the life I am living now would not exist.  If I never ventured beyond that life style, I would not consciously be a Muslim, married to who I’m married to, and definitely would not have the three wonderful babies we have.   So, in my case, I believe that it had to go down like that.  I just would not wish the emotional pain that I still deal with on anyone else. (Ingrams) I accept it, because it makes me who I am. It seems that acceptance is the theme for me for 2013.  Perhaps God is trying to tell me something…(This scene makes me cry everytime…)

I bet if we think about a painful time we went through, now that we are out of it, we can clearly see the blessings or at least why God had us go through it…not so much when we’re going through it.   Sometimes, God has us go through the rough stuff to get us where He needs us to be.  Receptive, willing, and humble enough to seek Him.  This is a hard lesson to learn…I know cuz I’m still learning it….